(S09) The Long Journey Back

The elevator touched down and a troglodyte leapt out only to be dashed on the wall on the other side. Out from the infernal contraption Volkan and Selene walked out, covered in gore and mud.

Kyrah worriedly asked Volkan if he had broken the Oath of Peace but he confirmed that the Troglodytes did not seem to be affiliated with the Titans. Or at least the Furies had not come to claim him yet. With that both Kyrah, Poet Laureate of Mytros and Volkan agreed to help in the fight, with Volkan using the newly relight forge to light the heroes weapons with magical fire and Kyrah singing songs of encouragement (Go team!). The party was attacked by a massive wave of Troglodytes but with blade and spell (and some help from Efiri channeling the machinery of the forge to fill the foes with lava) they drove them back. From the back a group of stealthed Trogs ambushed Efiri, almost killing her but instead killing two of her young. They also were dragging away Eurytus but by the grace of Kentimane he was able to kill his captor. Finally, King Troggo appeared, sniggering at the party and telling them
"You foolish ground walkers. That you would believe I would give you the correct password - Hahaha I think not."

The fight was furious but in the end The Heroes of Thylea were victorious and the head of Troggo was added to Aella, The Whirlwinds gruesome collection. The mines relight, the heroes rested and set off to seek out the third labor, at The Necropolis of Telamok. Kyrah said she knew of a homestead close by that would let them rest and possibly buy a sacrifice for the upcoming Spring Feast.

On the way down the mountain, they encountered Pholon who brought a Message From Castor to Eurytus from Versillia where he had been passing. Tryntia caught his eye and he challenged her to a wrestling competition which she won, handily. Expressing his joy, he pledged that he would follow the party cause it seemed fun. 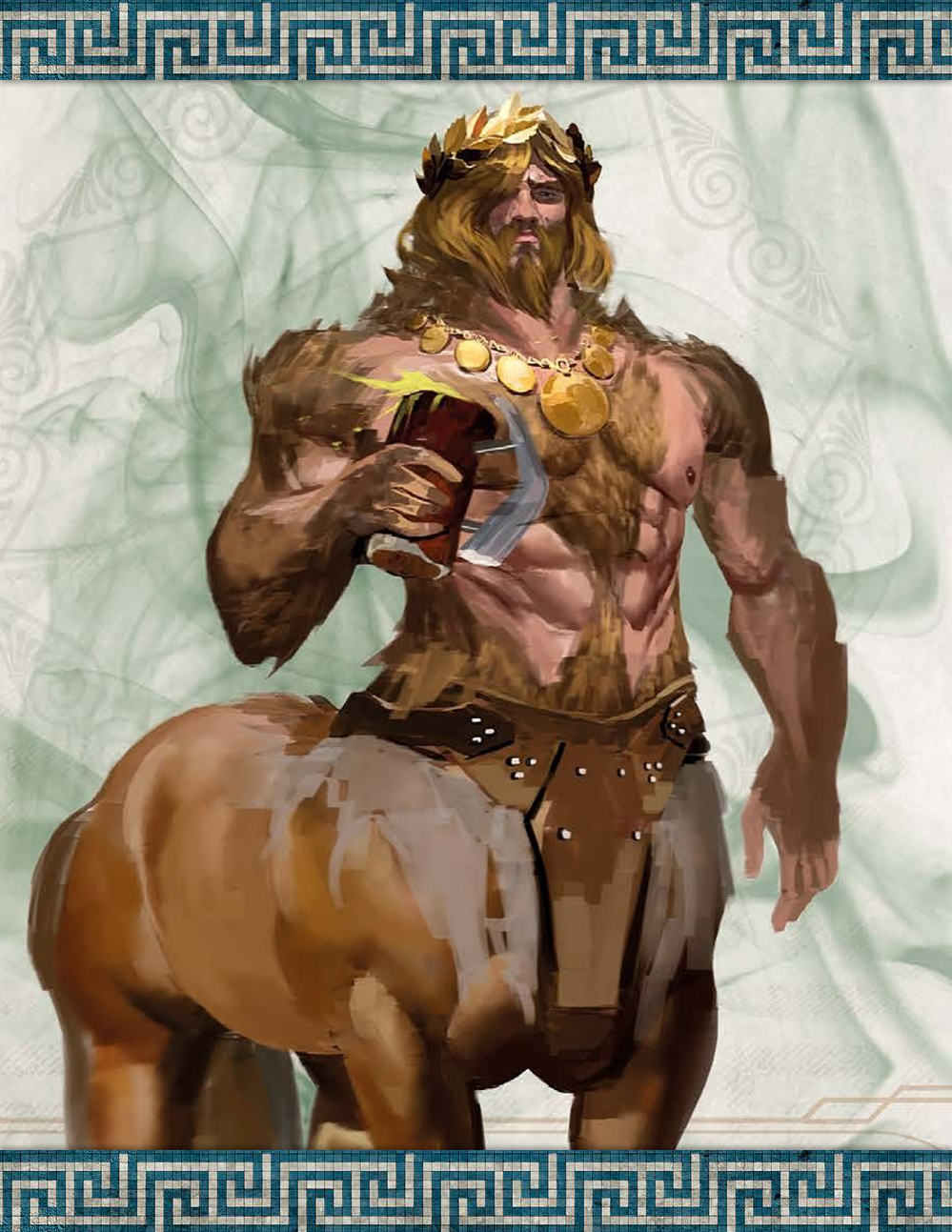 Hours passed and a storm was spotted in the distance. The heroes were able to construct a quick shelter but this storm was no ordinary phenomenon. Bolts streaked from the sky, striking and almost killing Aella, The Whirlwind. If not for the timely intervention of Kyrah, Poet Laureate of Mytros, who stepped in front of Aella which made the bolts frantically miss this would have been the end of the Whirlwinds tale. A figure in the middle of the storm called itself Goloron, proclaimed itself to be one of Sydons children, and explained that this was payback for the desecration that Aella, The Whirlwind had previously done to statues of his father.

The party, slightly shaken continued their way to the nearby homestead. There they are greeted by the Lilloti household. They are welcomed as honored guests and meet Pelagia, Pericles, their kids Erotas and Aura and their traveler guest Pavlos Pavlakis. Much festivity was had as the wine and food emerged. Praxos traded his old Mytrosian shortsword for a goat, planning to sacrifice it for tomorrow's Spring Feast. He also told Pavlos Pavlakis that his wine was his favourite after a few of those bottles made their way into the hands of the partiers.

Euryale praised Kyrahs bravery but Kyrah explained to Euryale that the Oath of Peace allowed for an attack on Aella as she had desecrated statues of Sydon but that did not extend to her so she was 100% confident she wouldn't die. But still, she appreciated the compliment and confessed to her that she was one of her favorites among The Heroes of Thylea.

Finally, the heroes were regaled by two musical perfomances, one from  Erotas about the stars and about how they guide travel and long voyages and one from young Aura that reminded everyone of their past, of a calmer and more peaceful time. Sleep came soon after.