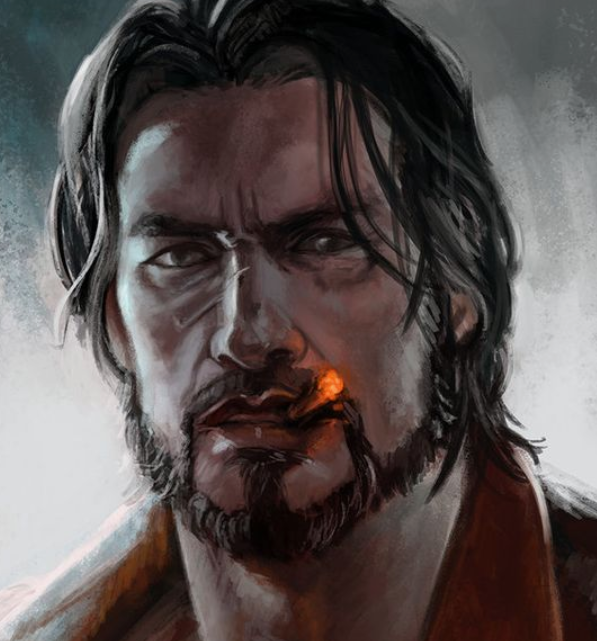 Lord Roysen Windheld Bearhaven was born on the 4th Fesdus of Omnifel 57BA. He was the oldest of the Bearhaven children, having three brothers: Arden, Kalern, and Tyden. Kalern died as an infant, while Tyden died at the age of 13 due to illness. This, mixed with their lack of luck conceiving the children in the first place, gave the Bearhaven family a reputation as being cursed. This wasn't helped by the death of his parents when he was in his 20s.

As the head of the Bearhaven household, Roysen took advantage of the vast swaths of untamed wilderness in his estate, being an avid hunter and follower of Venari. He was a frequent drunk who cared little for the politics of being nobility. He held an intense rivalry with his brother Arden and the two were openly antagonistic of each other despite living together.

In 28BA on the 3rd Thordus of Huntswax he became engaged to Kaarina Ill Bearhaven and shortly after married her on the 4th Thordus of Huntswax. He made it known the only reason he finally took a wife was because his younger brother Arden had become recently engaged to his future wife, Olivia Riftun.

Nine years into the marriage his wife gave birth to Illuzi Bearhaven. He took little interest in his daughter besides looking for marriages for her, though she ultimately died before any deal was made. After the death of his daughter he became quite grim, seeing the Bearhaven family as indeed a cursed name. When his daughter returned in 1BA, alive and a tiefling, he didn't accept her warmly to the family. Especially when he learned Illuzi was in truth a bastard.

In 0ÆR, the Quellian/Mironian War reached a fever pitch when Ri'En joined the fighting. As part of an effort to prove to the people the noble elite were in fact contributing, Roysen and his brother Arden were enlisted to the front lines. He did very little fighting, however, mostly staying in the officer's tent drinking and talking with other Ri'enese of note. On the 2nd Tildus of Sunmas, Roysen was found slain in his bed, a death attributed to a rogue cell of Quellian infiltrators in the night.

He was buried shortly after by his wife.