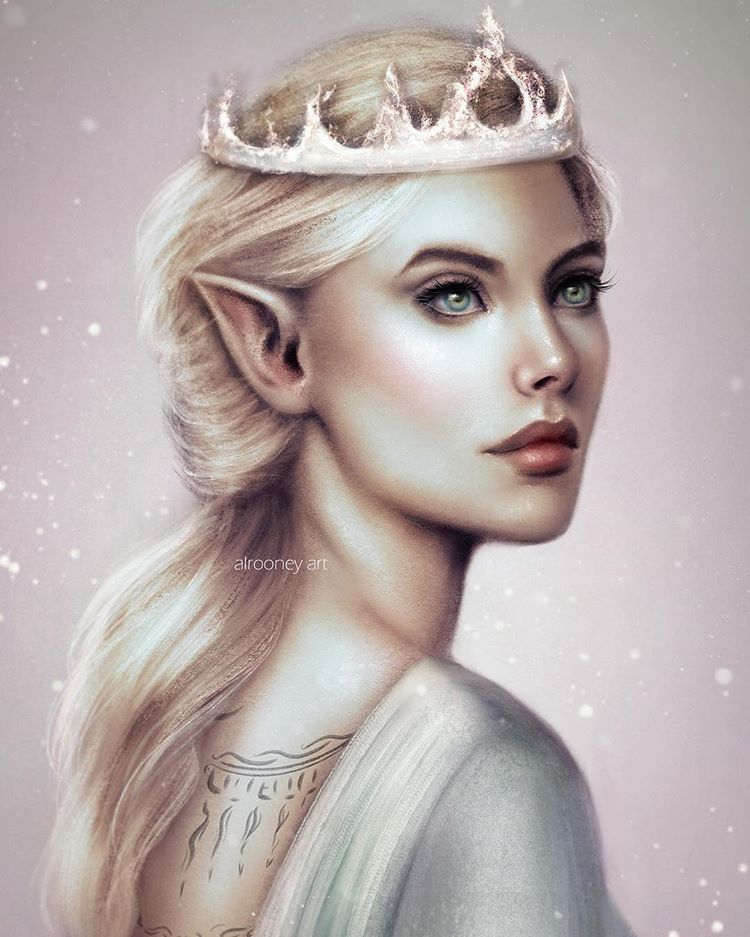 Vivienne was reportedly a sickly child, and her father spared no expense on the greatest healers throughout The Five Realms, and the girl who had once been on her deathbed made a full recovery.

Her coronation was held on her 100th birthday, marking her transition into adulthood.

Their marriage was short lived as tragically both King Elwarin Sonnique and Karric Sonnique died in a hunting accident on the 1st Morndus of Huntswax 196BA. It is known she spent a good amount of time following their deaths travelling and devlving into her passions of languages and ancient cultures. She is rarely seen without her butler Mr. Ellas, and later his descendants of the same name, by her side.

On the 2nd Waredus of Firewax 15BA, Vivienne came across a Quellian boy, Alistair Sonnique, who had somehow crossed the border from Quell into Mironia and took him in as her ward before adopting him later that year on 1st Soldus of Omnifel to much controversy.

Despite public opinion, Vivienne formally made Alistair Sonnique crowned prince and heir of Mironia on his 14th birthday.

Vivienne was claimed by the Elf Plague along with all the other elves over 100 on the 3rd Thordus of Bloodmas 0ÆR, returning to life on the 3rd Festdus of Moursnwane 1AR, following the Assault on Heaven. On her return, Vivienne opted not to return to the throne herself and formally conceeded it to Alistair.