Lutheria takes the form of a beautiful, black-eyed woman who sleepwalks through the underworld, greeting the spirits of the dead. She carries a crystal scythe, which she uses to harvest the souls of those who displeased her in life. Lutheria commands her followers to live without remorse, to drink, dance, and feast to their heart’s desire because any day could be their last. She is a mother to the fey races of Thylea, who she strongly favours. Worship of Lutheria is rare among settlers, but she is nevertheless honoured with many feasts and festivals because Sydon demands it. Whenever any drink is poured, a libation must be made to Lutheria or else a swift punishment is sure to follow. 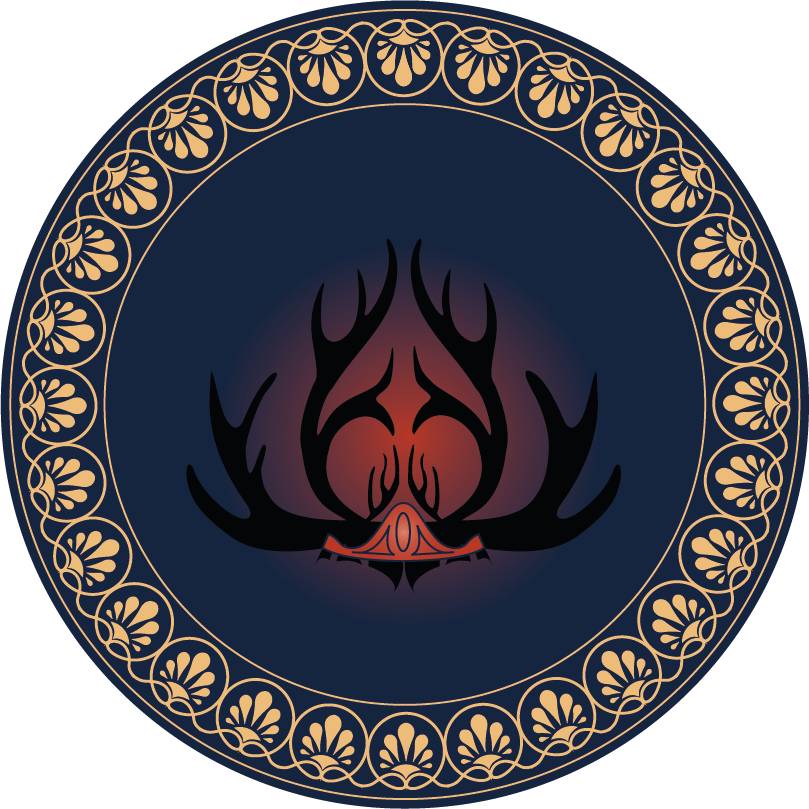 Her symbol is a Crown of black antlers.

You increase your piety score to Lutheria when you expand the titan’s influence in the world in a concrete way through acts such as these:

Your piety score to Lutheria decreases if you diminish Lutheria’s influence in the world, weaken her dominion over death, or alleviate misfortune without good cause through acts such as these:

This entity is mentioned in 39 elements. View details.
Pins