The Rising Dark
Your Campaigns 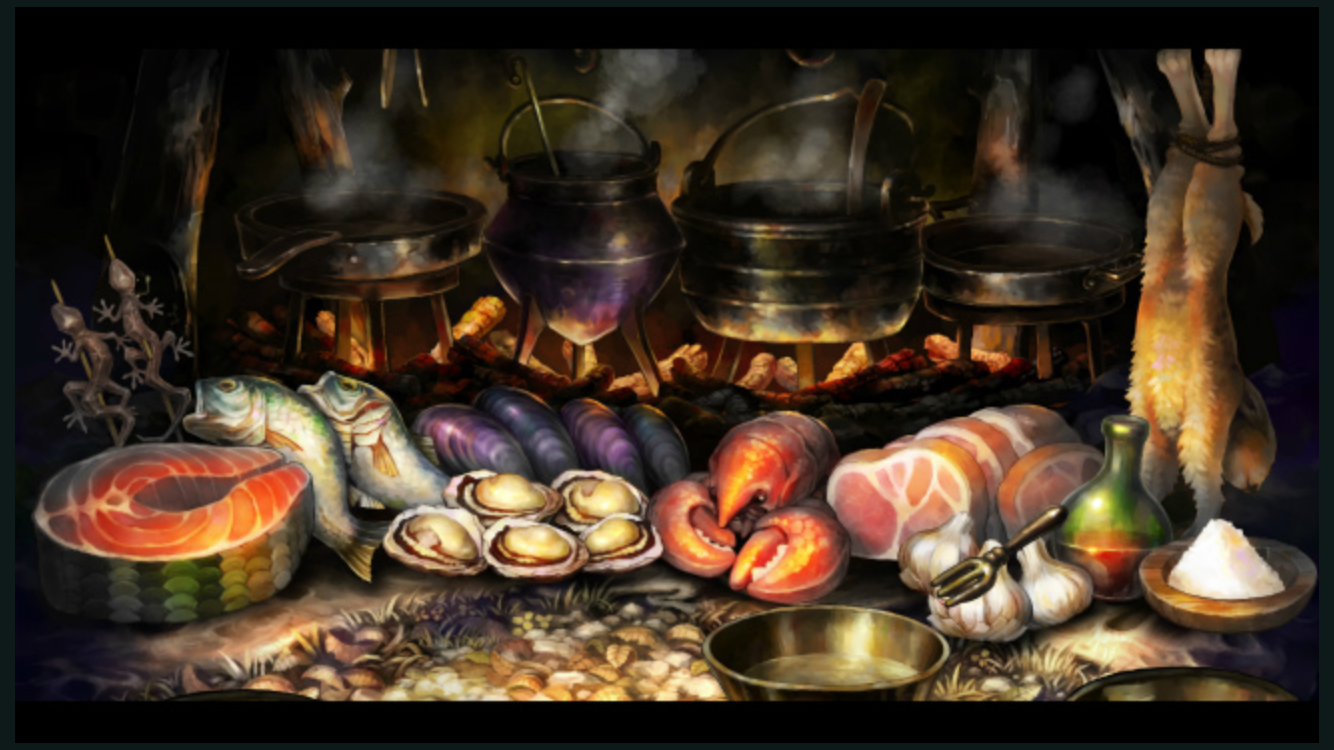 A Fishpot is a famous Alterra dish consisting of a hearty seafood stew, traditionally served in small cauldron. The dish is representative of Cauldron city - the capitol city of Alterra.

The stew is most popular during the Flood Festival - and variations on the traditional recipe attract customers to taverns and pop-up street vendors each year to warm themselves with a hearty meal after a long day of drinking and mud-slinging.

The most common versions of Fishpot involve a combination of seafood native to the warm waters of Crater Lake: Fiddle Shrimp, Redbarb fish, and Moss Crab.

To make the roux, combine the flour and oil in a large cauldron over a low flame and cook, whisking constantly, until dark brown, about 45 minutes. Remove from the heat and set aside.

Bring 10 quarts water (or preferably fish stock) to a boil. Stir in the onion, bell peppers and roux and cook over a medium flame, stirring occasionally, until the vegetables are very soft, about 45 minutes.

Add the Creole seasoning to the pot and bring to a boil; cook until the liquid reduces by one-quarter, about 1 hour, 30 minutes. Add the shrimp, fish, and crab meat, and cook over medium flame until firm, about 20 minutes. Stir in the scallions and parsley and remove from the heat. Cover and let stand 30 minutes. Add salt and hot sauce to taste. Serve in a small cauldron, optionally over rice.