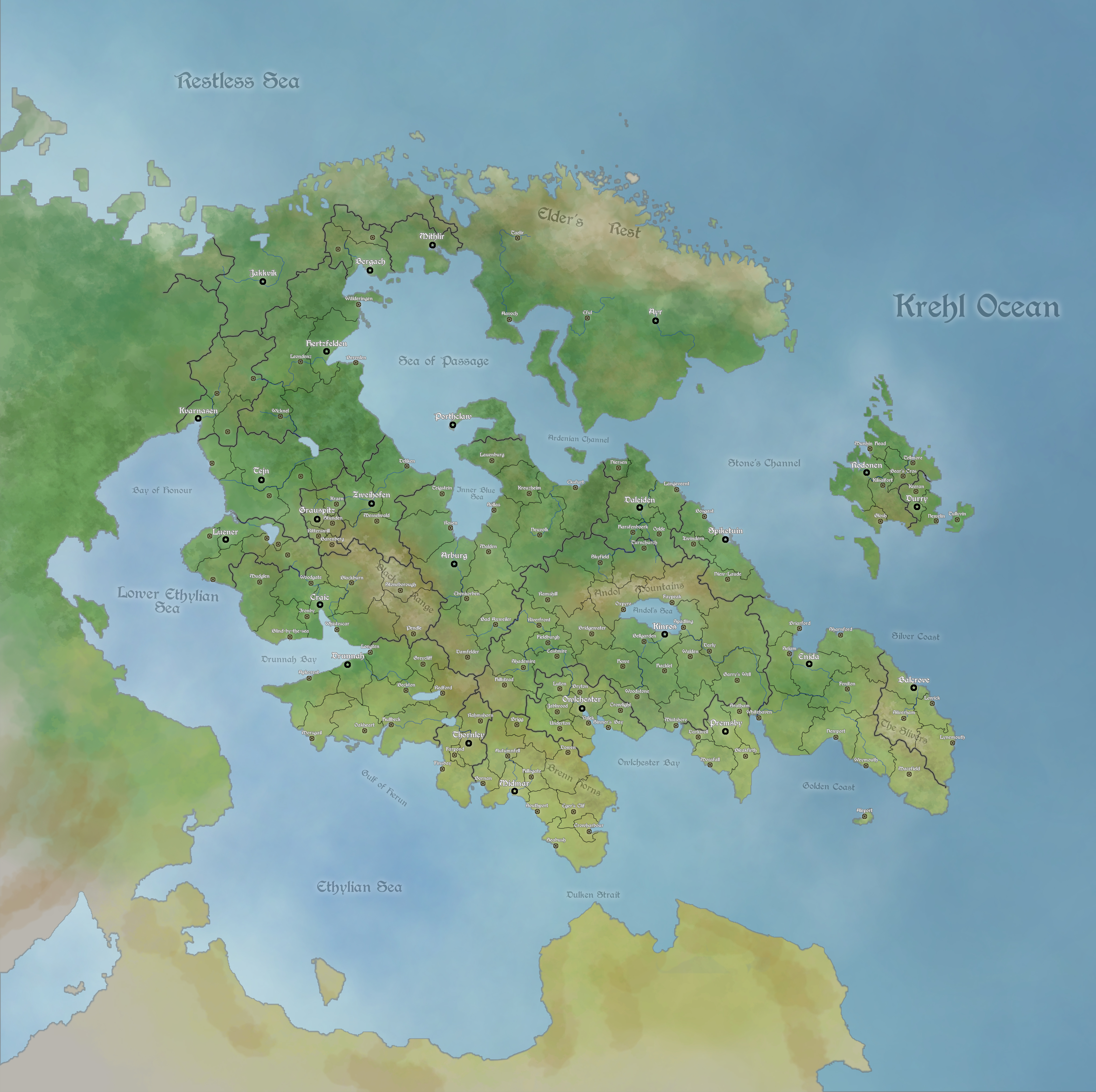 Thaelia is a continent on the northern hemisphere. It is bordered by the Restless Sea to the north, the Krehl Ocean to the east, and the Ethylian Sea to the south. It comprises the easternmost part of the Beiraelian super continent.

Since around 300 BC, Thaelia is most commonly considered as  separated from Beira by the watershed divides of the Grottur and Split Mountains, the Grotturin River, and the waterways of the Bay of Honnour.

Thaelia has a higher ratio of coast to landmass than any other continent or subcontienent. Its maritime borders consist of the Restless Sea to the north, the Krehl Ocean to the East, and the Ethylian Sea to the south. Land relief in Thaelia shows great variation within relatively small areas. The central regions are more mountainous, while moving south the terrain descends from the high Black Range and Andalians, through hilly uplands, while the upper half descends into broad, low northern plains.

According to scholars and surveys, the population of Thaelia is around 18 million humanoid races. Estimates place the various races as follows:

Accounting for nomadic tribes and semi-autonomous races is a difficult task, but some scholars estimate their total population to be at around 500'000 to 1 million.

The population levels of Thaelia during the last thousand years can be roughly categorised:

The continent's total population was at it's highest peak of 33 million in 750 AC, and dropped to 23 million by 800 AC following the Great Dying of Thaelia.

Thaelia, and in particular Orlene, was the birthplace of modern Thaelian civilization. The fall of the previous kingdoms and empires of the continent during the Conquest of Thaelia marked the end of pre-human hegemony and the beginning of an era known as the Modern Ages.

The continent still hosts many native species and races that have learnt to live with humans, but tension still remains in various places.