True dragons are winged reptiles of ancient lineage and fearsome power. They are known and feared for their  predatory cunning and greed, with the oldest dragons accounted as some of the most powerful creatures in the world. Dragons are also magical creatures whose innate power fuels their dreaded breath weapons and other preternatural abilities.

Many creatures, including wyverns and dragon turtles, have draconic blood. However, true dragons fall into the two broad categories of chromatic and metallic dragons. The black, blue, green, red, and white dragons are chromatic.  The brass, bronze, copper, gold, and silver dragons are metallic.

Though their goals and ideals vary tremendously, all true dragons covet wealth, hoarding mounds of coins and gathering gems, jewels, and magic items. Dragons with large hoards are loath to leave them for long, venturing out of their lairs only to patrol or feed.

True dragons pass through four distinct stages of life, from lowly wyrmlings to ancient dragons, which can live for over a thousand years. In that time, their might can become unrivalled and their hoards can grow beyond price. 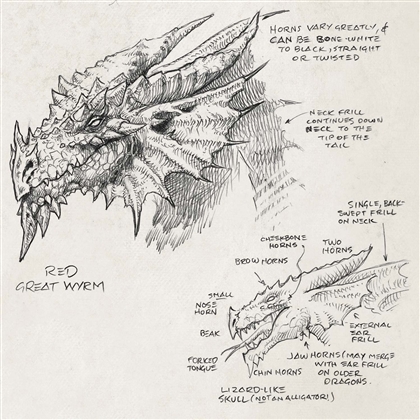 Red dragons are vain, reflected in their proud, upright bearing and disdainful expression.
Their pupils fade as they age, until the oldest have eyes with the appearance of molten orbs.
An angry red may have flames licking up from eyes and nostrils—and an envelope of heat-shimmer around them.
Their frill and wings are an ashy blue or purple grey toward the edges, becoming darker with ages—nearly black on older specimens.
Reds smell like smoke and sulphur. 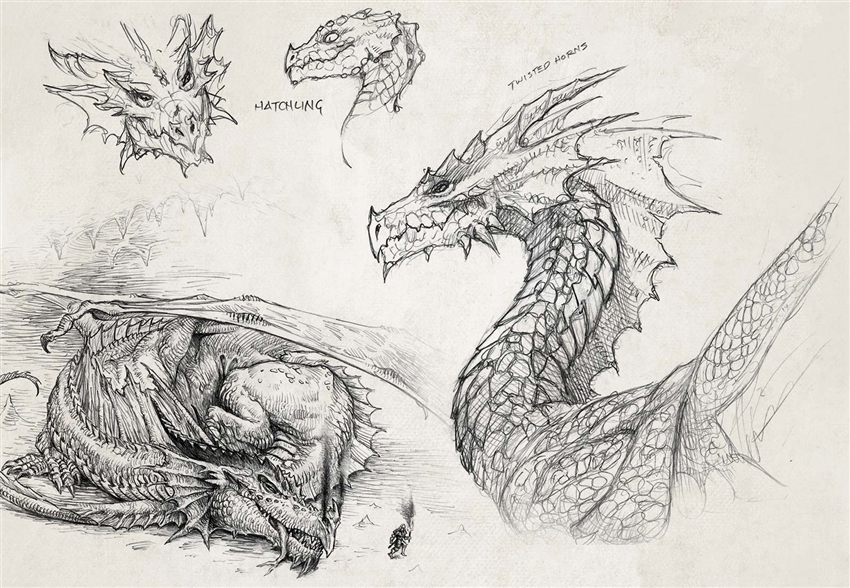 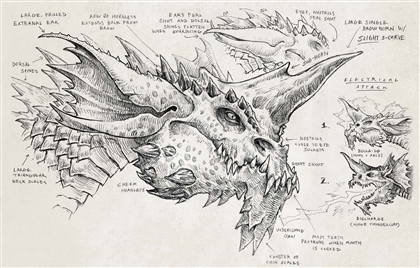 Blues are vain and territorial.
They are distinguished by their dramatic frilled ears and single, massive brow horn. They are also one of the best-adapted dragon breeds for digging into sand.
Their hides tend to hum and crackle faintly with built-up static electricity, and to emit small arcs of electricity. These effects intensify when the dragon is angry or about to attack.
They smell of ozone + sand. 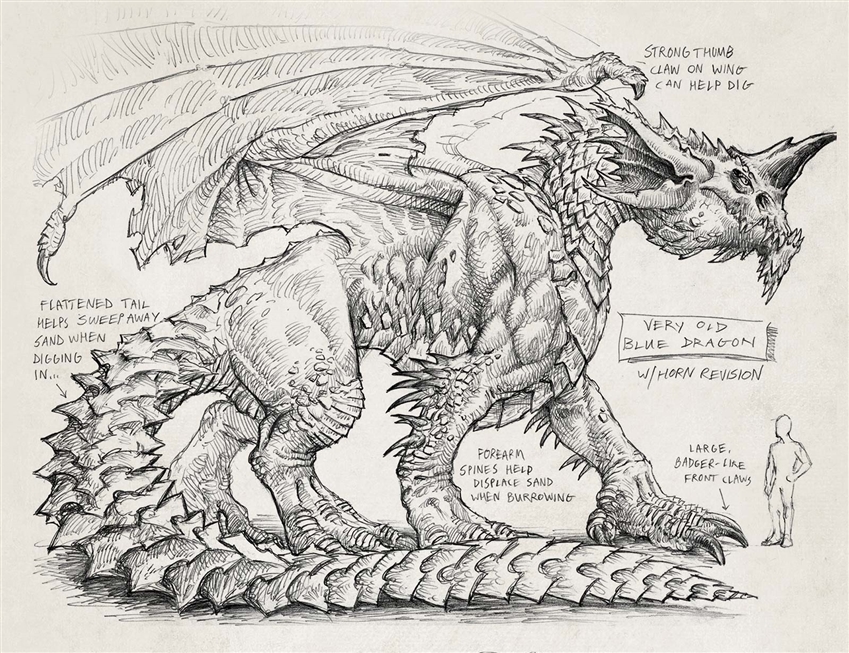 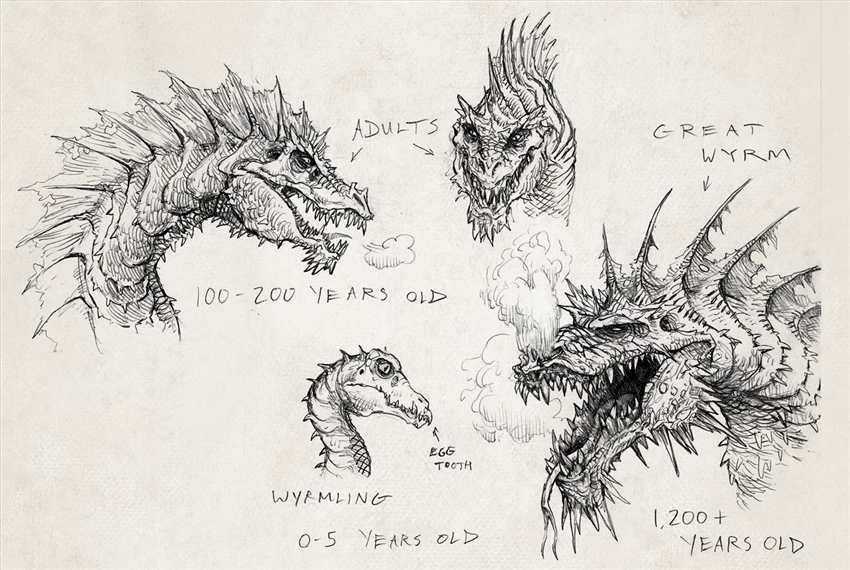 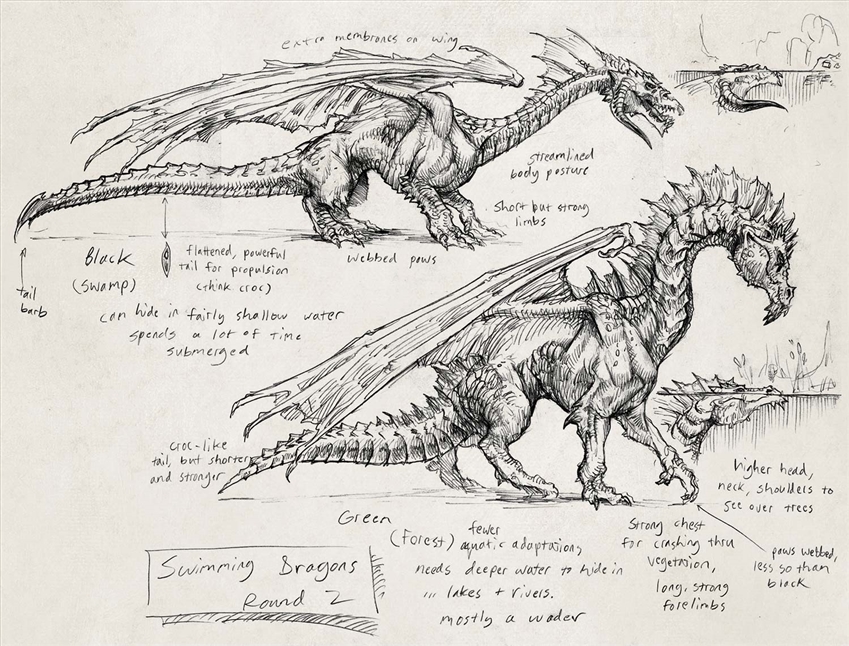 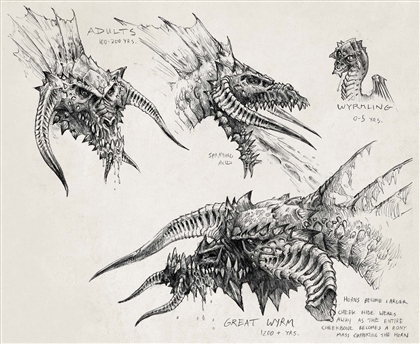 Black dragons are evil-tempered, cunning, and, malevolent. Their crafty, sinister faces reflect this.
They are sometimes known as “skull dragons” for their deeply socketed eyes and distinctinve nasal opening. Adding to this impression is the gradual deterioration of the hide around the horn base/cheekbone. This does no harm to the dragon but increases with age. 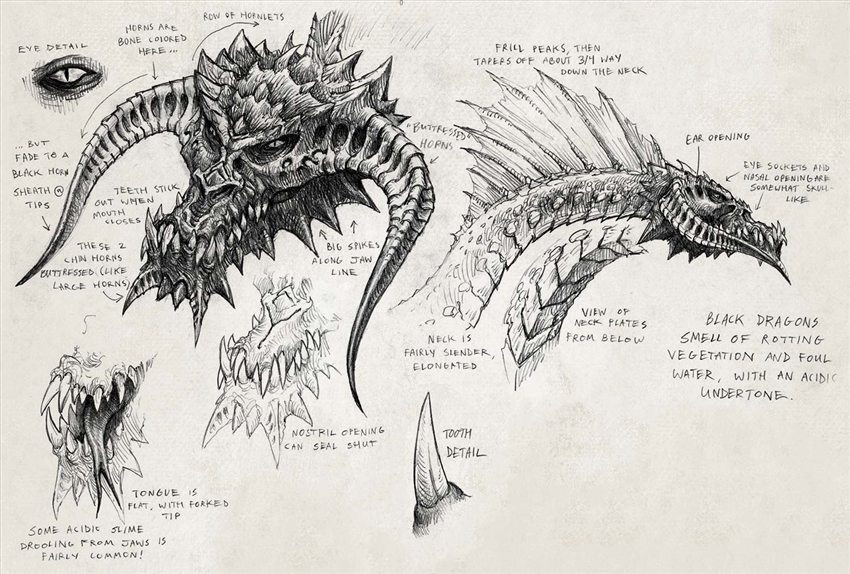 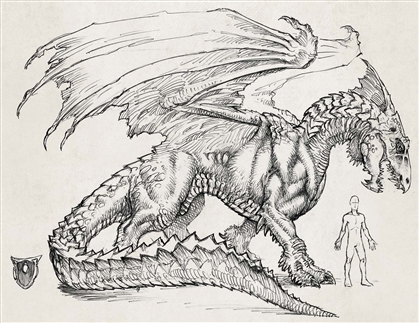 Among the smallest and least intelligent of dragonkind, most white dragons are simply animalistic predators.
Their faces express a hunter’s single-mindedness and ferocity rather than the shrewdness and insight of the more powerful evil dragons.
Their beaked, crested heads are distinctive.
(A crisp, faintly chemical odor). 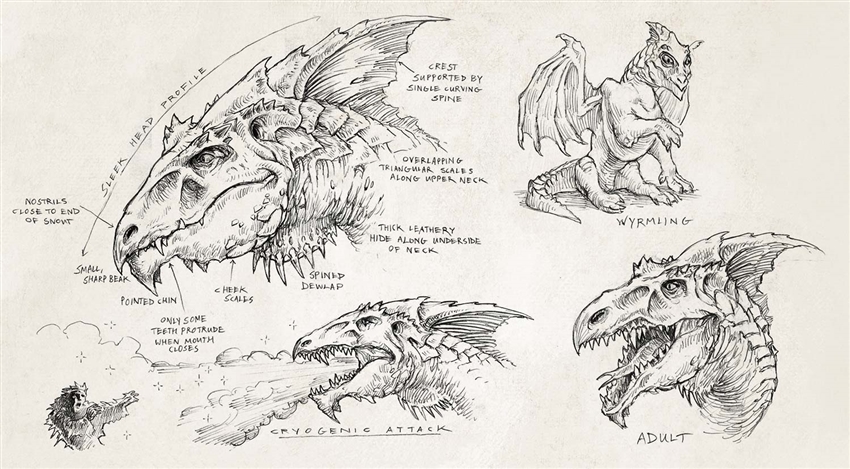