Evil stirs on the continent of Eressea. Can the ragtag adventuring group Klun'Ragthroknaar change the course of history?

Jia-rhaz Xil'myriin is a half-drow blade  dancer hailing from the Drow city of Veldor'dhun located near Arrapha in the Kingdom of Amarak. She has spent the last 15 years or so traveling across Eressea before meeting up with the party in Crosswater.

Through the usage of Mask of Many Faces, Jia often takes on alternate forms on her travels. Some of her most common cover identities include: 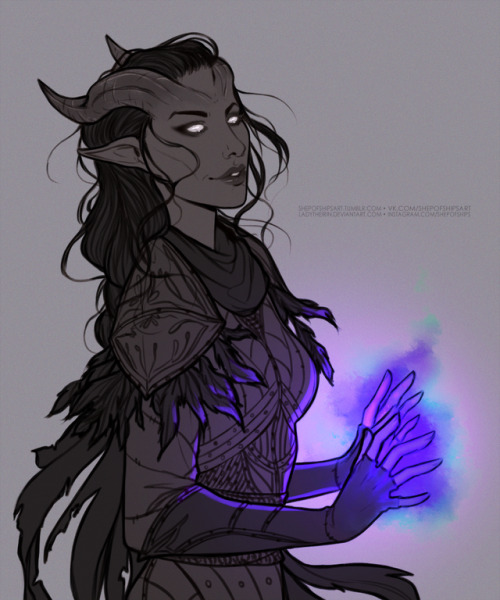 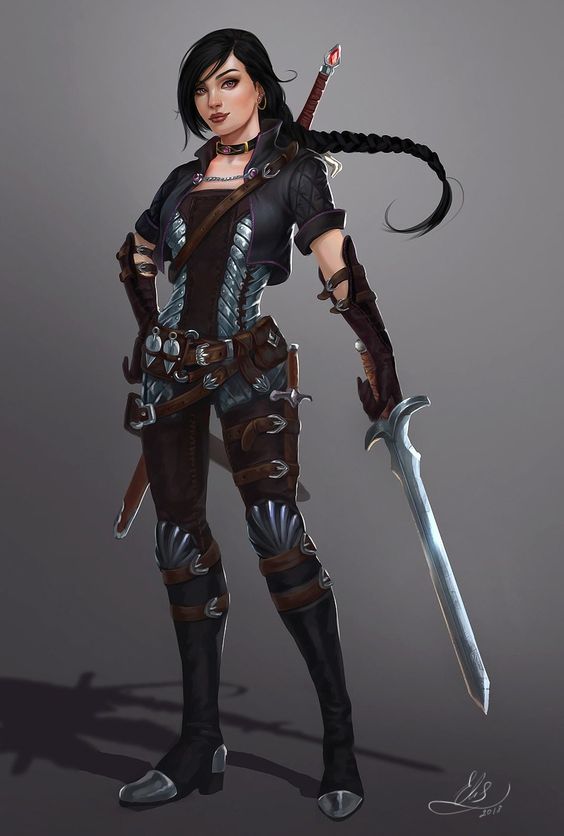 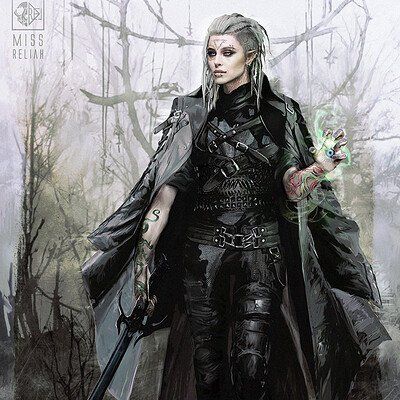 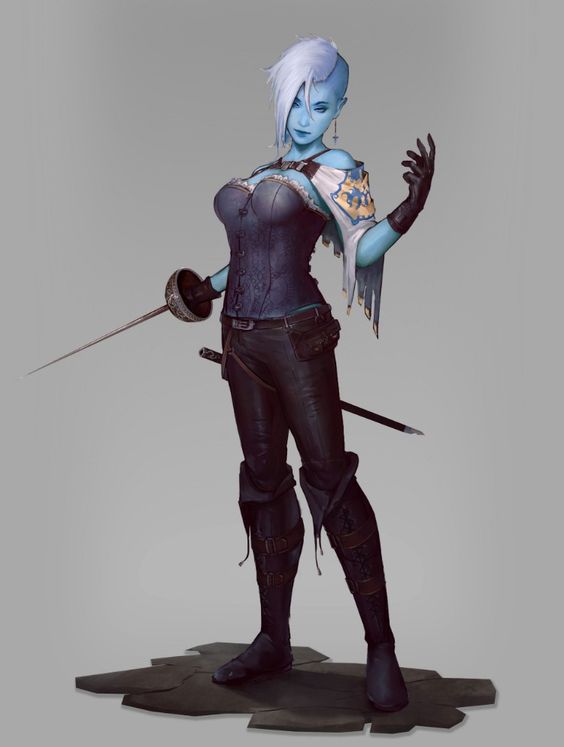 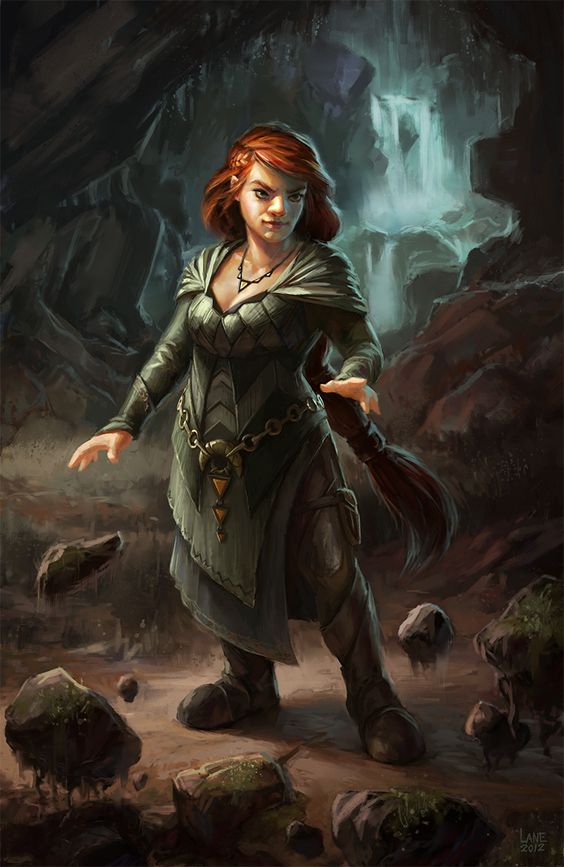 He is a young Tiefling who prefers to obscure most of his background. It is not to say that his life has been hugely harder than most Tieflings, but that’s not saying much. The particular Tiefling clan/troop that he comes from were rather like gypsies who traveled as the impulse strikes and entertained yokels and traded exotic goods in mostly small villages and towns  ignored by great merchants southeast and southwest of Aquileia.

Damaris Spindrift, Commander of the Cerulean Army and Champion of Poseidon's Vanguard, is a triton from the Kingdom of Coralan. She is daughter of Deimos and Malantha.

Taulius Arelius is a wood elf druid descended from the Celadrin House of elves. Growing up in the Valorian Empire, his family life was relatively itinerant, traveling among the larger inner cities of the empire. He grew up outside the confines of the Elvish region as his father, Maratus Kultainen, also known as Animus Arelius, was an itinerant enchanter, serving the high born members of the empire on his travels. His family was never well to do. While his father had talent, and had a way with people, he was also obsessed with regaining the cultural artifacts and histories from the early times before the Rifts were opened. What relics remained and were not lost to the mysteries of time could be found in the treasuries of the noble houses of Valoria, and even they were few and far between. All these things together drove Taulius’s father to wander from town to town and city to city. His desire to be in the good graces of the noblemen also drove his decision to name Taulius according to the language of the empire, though secretly, he gave him an elven name which Taulius held closely to his heart, believing it to be an omen of his destiny.

As Taulius grew, saw more of the world, and specifically more of the cities and nobleman, he grew increasingly disgusted. He agreed with his father wholeheartedly that the cultural heritage of the elves needed to be recovered, but he felt his ancestral yearnings for the woods and wilderness. The call of nature and older, more natural times was heavy upon him. Late one evening, in his 82nd year, after an argument with his father, he gathered his belongings together and left. He loved his Father, but could no longer bear to live in the cities, and pander to the whims and caprices of the courtiers.

His sister Veria was 16 when he left.

He struck out towards the Cloakwood, eventually running across a druid named Ibis Athenacius. Taulius discovered that he was once a noble son of a lord of Valoria, but did not wish to grow up to inherit his father’s title. He ran away from home as a youth and began learning of the woods, beasts, trees and plants. Now in his early 60’s, Athenacius was well versed in the druidic arts, and sensing a kindred spirit, took young Taulius under his wing. Together they roamed the woods and heaths until tragically, Athenacius was killed by an Owl bear. Taulius was distracted while on watch and wondered away from camp. While he was gone, the owl bear attacked Ibis and killed him.

Taulius buried his friend, and found a large red feather from the Owlbear, and his mentor’s family crest which he had kept always around his neck on a string. It was a circular metal medallion with an owl on one side, and the face of a warrior goddess wearing a helm on the other. Somehow trusting that despite his grief, that this fate was for his good, tied the feather to a string, and follows it wherever the wind takes him.

Toura is a Stone Crow woman who was captured and enslaved by the Frostwolf tribe. She was gifted to Klun'Ragthroknaar after the Battle of the Maw. Despite being given her freedom by the party she has vowed to stay with them until her life debt has been paid.

May the stars carry your sadness away,
May the flowers fill your heart with beauty,
May hope forever wipe away your tears.
And, above all, may the silence make you strong!

Captain of the Concordia.

Potions & Lotions is an apothecary shop run by Tecca, a human woman.

She deals in all manner of potions, lotions, ointments, unguents, salves, liniments, and emollients.