There is no limit to the number of timelines a campaign can have. This allows you to create the timelines of an important character, a family's story, an empire's rise and fall, or the creation legends of your world. 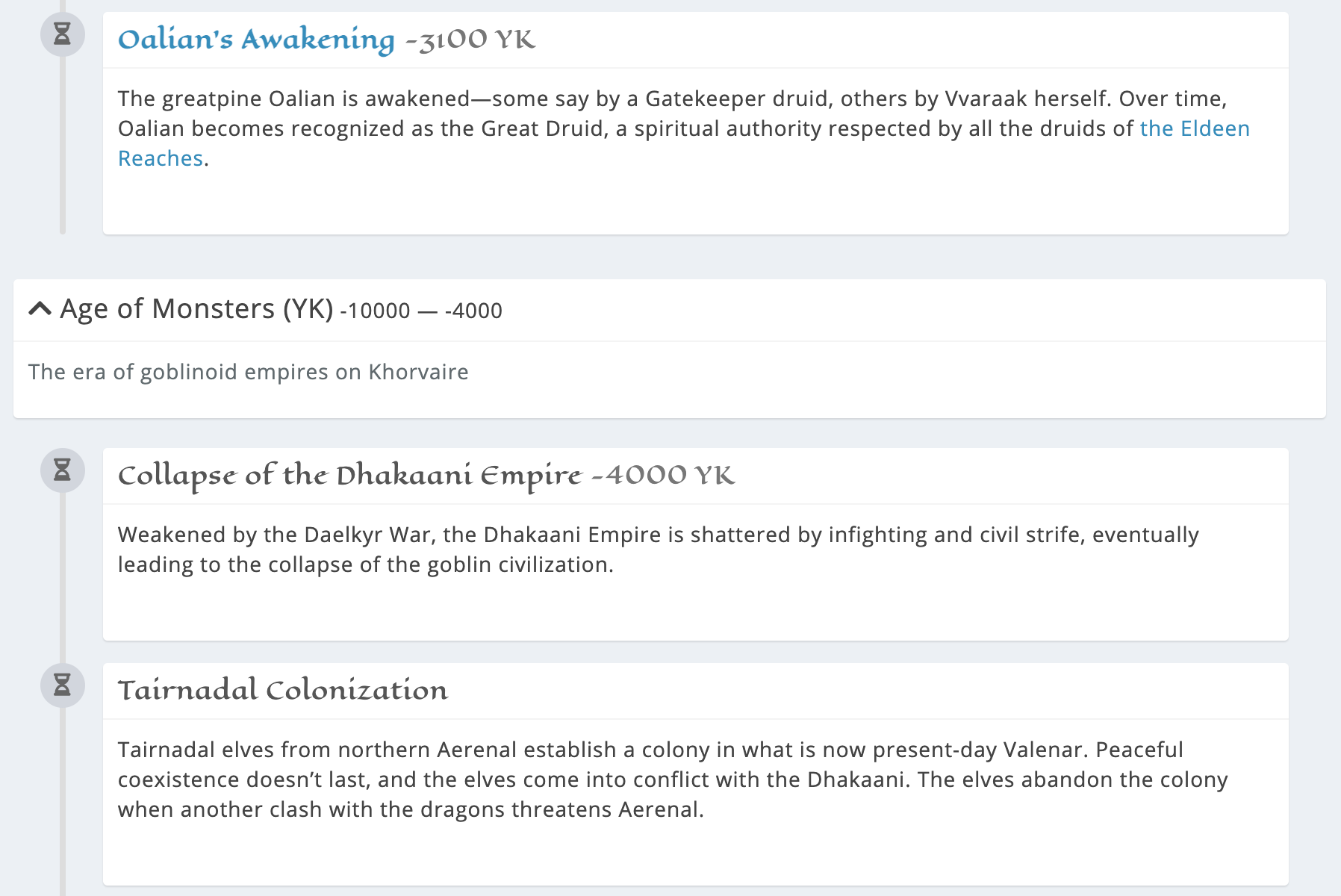 Timelines are split into any number of eras to group things that happened in a specific timeframe. For example, a character's eras could be their childhood, early adulthood, and adulthood. For an empire, that could be the founding years, the expansion period, the golden age, and its ultimate decline and destruction.

Eras are then composed of elements. These can be quick scribbles, or linked to entities. A user of the campaign will only see elements linked to entities they can view. This means you can include potential spoilers and be still sure your players won't find out when viewing a timeline.

Boosted Campaigns have the ability to customise the element icons and colours, allowing them to increase the visual clarity of their timelines. 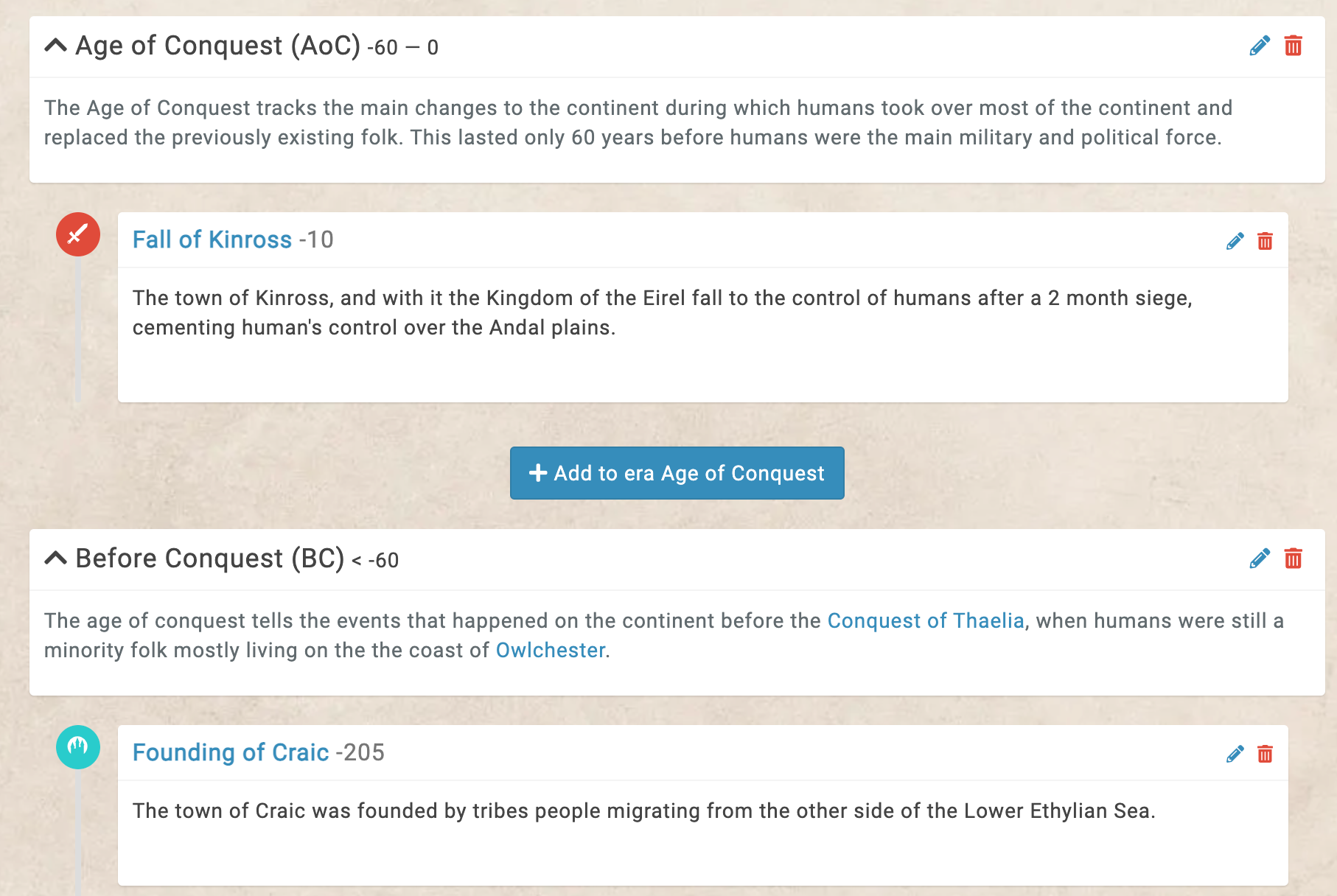 Create fully custom calendars with the weeks and months you want. Add seasons, weather, moons for flavour and knowing how the world is. Attach entities to the calendar as a reminder with control on how long they last, and how often they occur.

Every entity can have several secrets attached to them in the form of posts. These can have permissions to control who sees them, and are visible on the entity's main view to quickly access them at a glance.