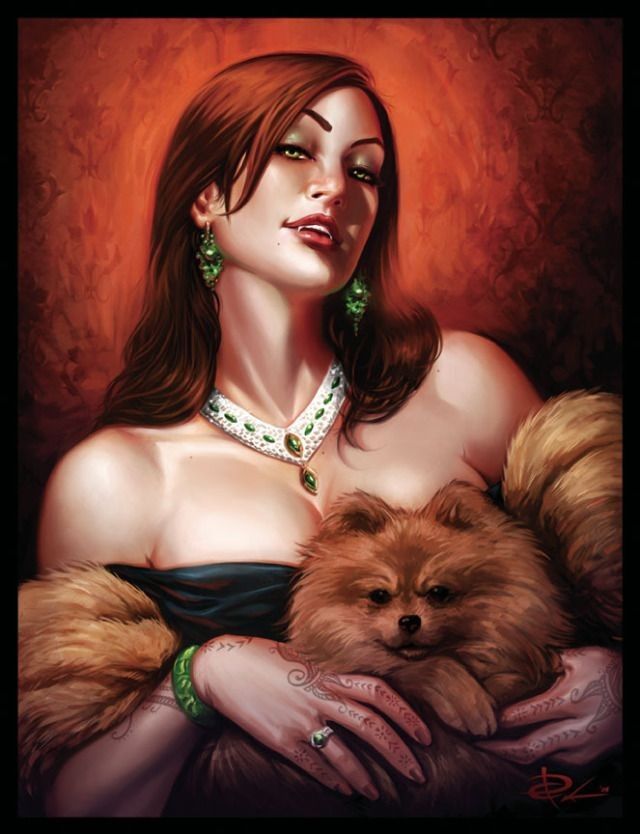 Madame Thana Bellemare is the Founder and Headmistress of Madame Bellemare's Academy for Young Women. Madame Thana was born on the 1st Morndus of Omnifel 843BA in Falmore, Arimore. Little is known about her childhood, or the circumstances under which she was turned.

Madame Thana elected to leave Falmore, rejecting what she referred to as stuffy patriarchal traditions and barbaric feeding practices. Instead she took to travelling, accompanied by many a young woman or donor, taking care of their needs and setting them up for life in exchange for them taking care of her own.

In 563BA, Madame Thana settled in Averton and founded Madame Bellemare's Academy for Young Women, continuing to travel as she pleased. Madame Thana is a notable public figure in Averton, and is thought to have had a close friendship with Lord Grigori Vitali following his initial concerns about a vampiric citizen. She is also notable in that for the past 50 years she has been able to walk around the city during the day, completely unaffected by sunlight, this feat is often attributed to Mav, another close friend.