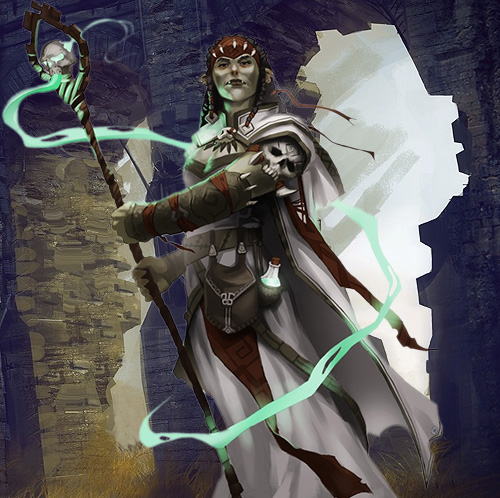 When the early Sentran Empire began its expansion, it was the nearby the Orc kingdoms that were the first to fall. Human historians described them as savages, brutes, and violent man eaters, but their descriptions were false. The orcs had a sophisticated (one could say overly complicated) bureaucracy and shared a fondness for beautiful works of art and architecture.

The Orc kingdoms were governed by a magocracy, and it was the power of their sorcerers that spurned the Sentran Empire to action against the orcs. Today, nothing remains of these kingdoms. Their cities were conquered, then either colonized by humans or left as ruins.

Today there is still a stigma associated with the orcs. They are a civilized and erudite people, but there are centuries of tales that call them savage raiders and there are tales of their Blood Magic. A lot of their written lore was lost to the flames of Sentran armies. Additionally, their physical appearance lends to the idea of them being brutish. Orcs can be found across the continent trying to counter this image.

This entity is mentioned in 15 elements. View details.