The Legend of Creation

Thylea was of the Old Gods—ancient even when the world was young. Gentle and generous, she was born into a time of war and chaos among her kind. Refusing to take sides in their disputes, she lived her entire life in contemplative silence, never speaking a single word. Yet though she was silent, she possessed a powerful resolve that the other Gods sensed and respected. Even Kentimane of the Hundred Hands—the most violent and warlike of them all—was drawn to her quiet strength. She alone of all the Gods could quell his furious temper with her calming spirit. Eventually, Thylea grew weary of the endless strife and conflicts. She isolated herself from the other Gods, seeking respite on the farthest edges of the ocean. Kentimane—now her lover and protector—followed, turning his back on war and violence to walk with Thylea on the path of tranquility. Alone, the pair were happy for a time. But Thylea still felt all the pain and suffering in the world like a million arrows piercing her gentle soul. In time, her joy gave way to despair until, unable to bear it any longer, she drowned herself beneath the water. Yet her death was not a surrender... it was a glorious sacrifice.

Thylea’s body came apart; her head and torso floating back to the surface to become a chain of virgin islands. Her heart burst from her chest and transformed into a great tree rising up from the center of the continent she had birthed. Her limbs sunk to the bottom of the sea, stretching and twisting into great roots that connected each island, nurturing the fertile plants and gentle animals that sprang into being on the islands’ surface. Kentimane’s grief over his lover’s death was inconsolable. Without Thylea to temper his moods, he succumbed once more to his most violent urges. Screaming his fury at the heavens, he thrashed and raged in the oceans around the body of his lover, unleashing terrible storms and massive tidal waves that threatened to swallow the new-born islands. Yet even after her death, a part of Thylea’s spirit remained in the great Heart-Tree at the center of the islands. She reached out—silent as ever—and brushed against her mad husband’s mind, soothing his tortured spirit with a soft caress. Sensing her presence, the hundred-handed giant transformed his grief into a new purpose. Binding himself to what was left of his lover with a solemn vow, Kentimane became the ward and protector of the islands, taking up an eternal vigil in the waters around their untouched shores. Fed by Thylea’s generous spirit—and with Kentimane keeping the evils of the outside world at bay—life in the Forgotten Land flourished into a perfect, unspoiled paradise. And finally, the Goddess who never spoke was content. 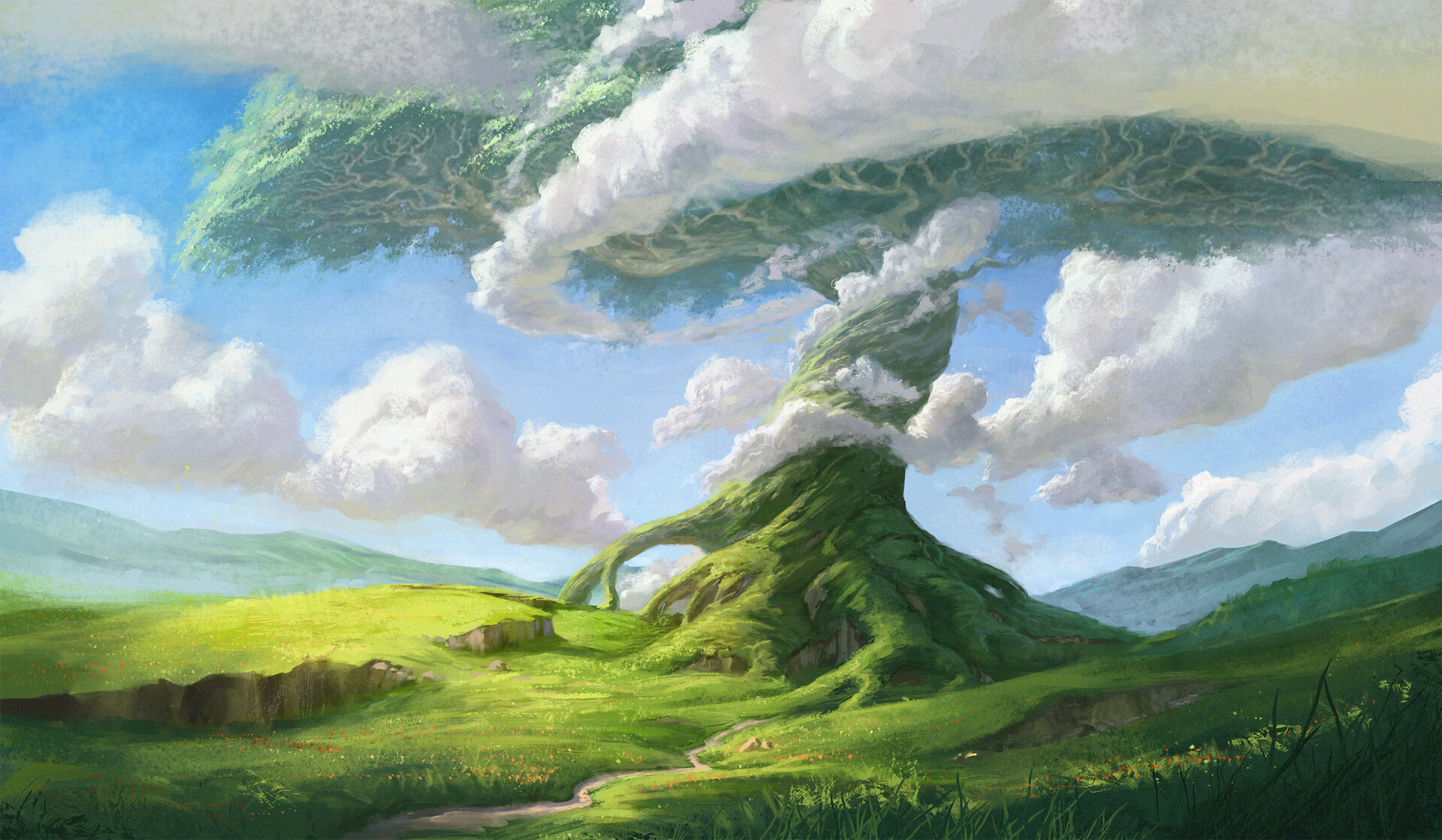 This entity is mentioned in 2 elements. View details.