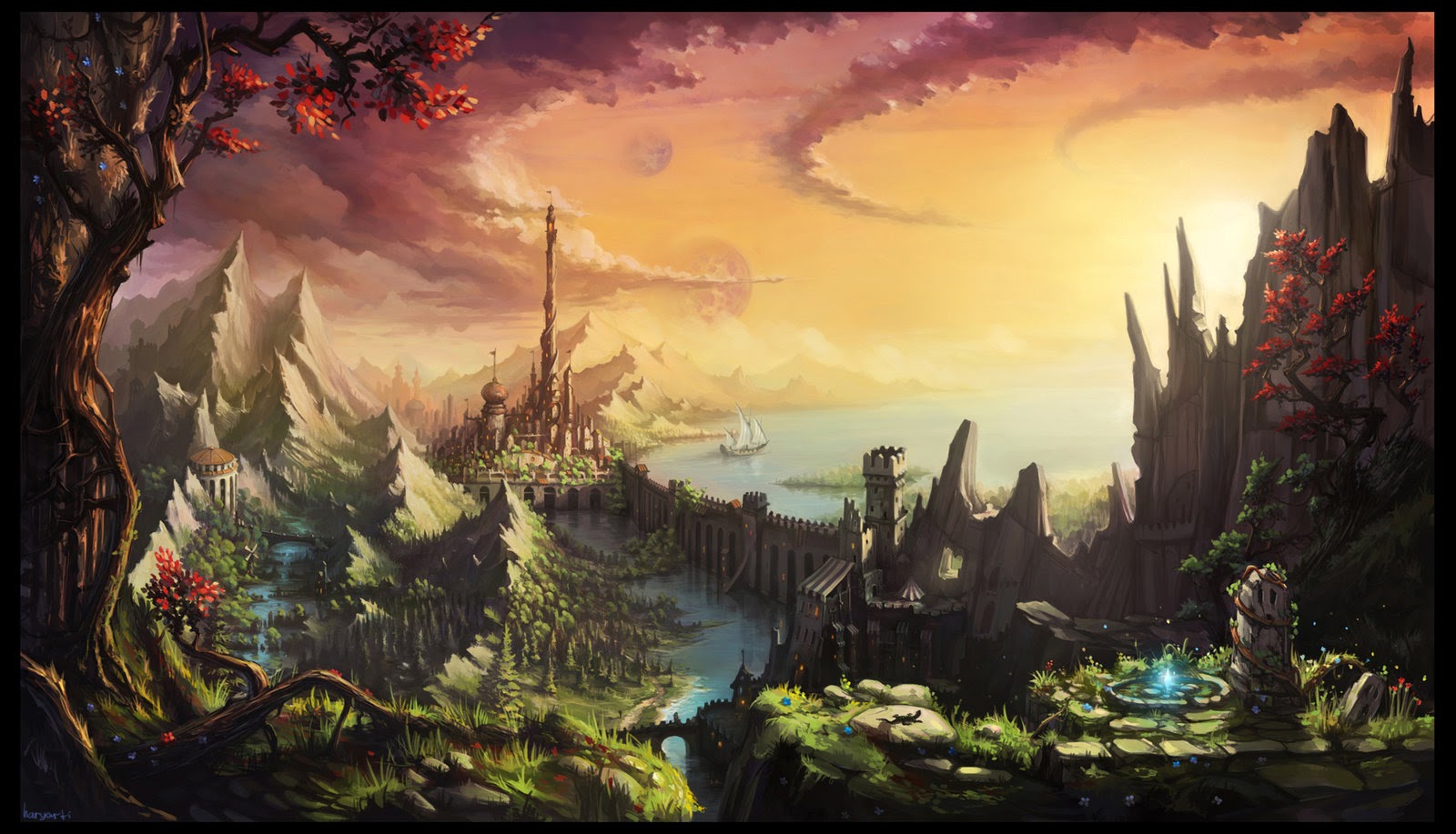 A small bay provides western access to the ocean. A large river feeds into it from the north. High mountains form the southern and part of the eastern border. The majority of the city is built in the plain to the east and north. Some of the city is built upon the lower portion of the southern mountains. To the northwest, the Lord Warden’s Manor sits upon hills. A city wall covers the northern and eastern borders before running into the mountains and forming a tower and small keep.