Location The Basket - Kanka
The entity's advanced mention was copied to your clipboard. 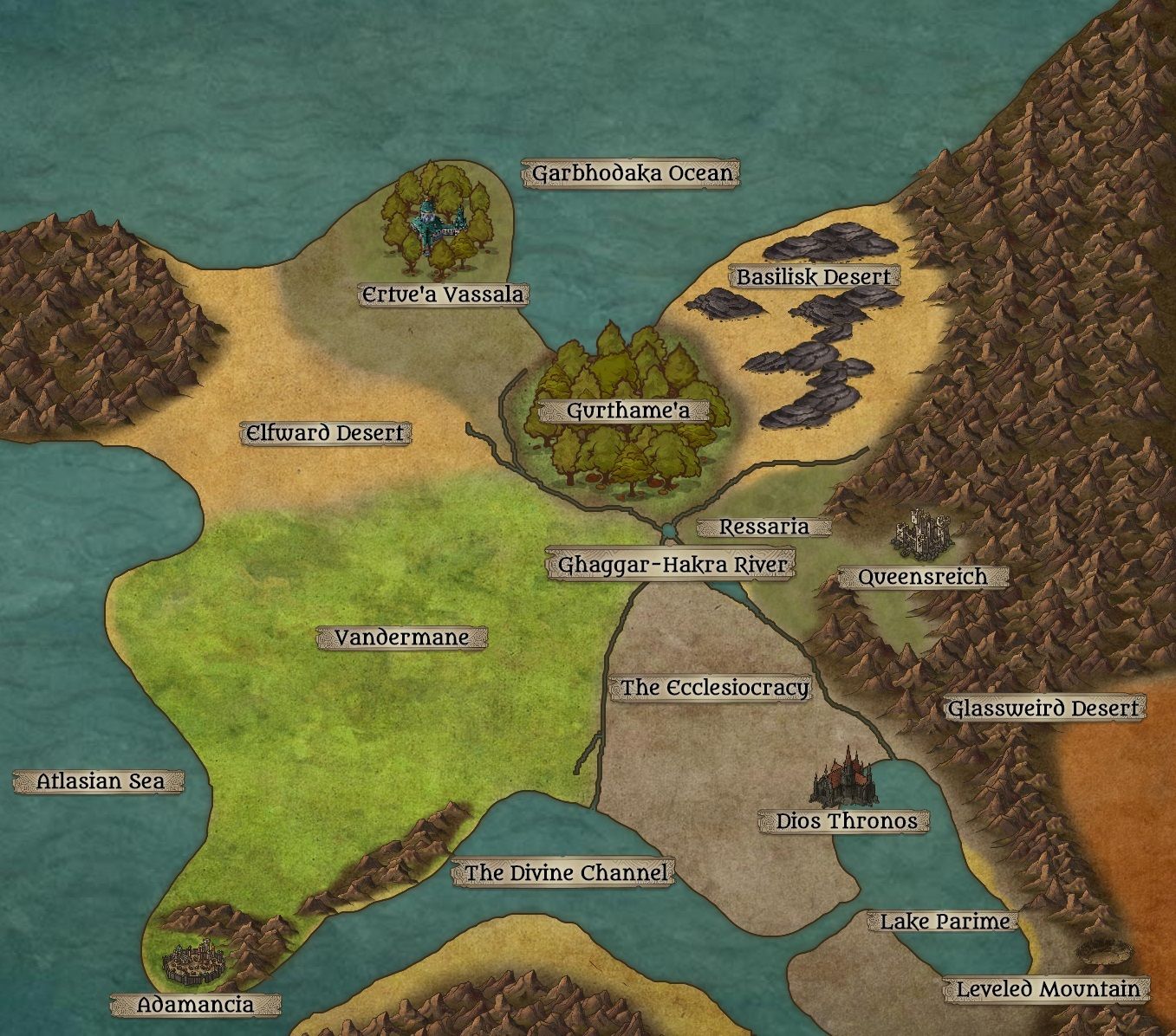 Commonly referred to as "the basket," this is a geographically isolated region consisting of four major kingdoms (although most people living in the area aren't aware of the hidden "one kingdom" of the elves, Ertue'a Vassala) and a number of other smaller locations of note.

Mountain chains cut off the only land passages to the northeast and northwest, aside from a small unpaved path from Ressaria to Barba-Rhea, as well as preventing travel southeast of The Ecclesiocracy (excepting the dangerous prospect of traversing the Glassweird Desert).

To the north lies the Garbhodaka Ocean, regarded as impassable by ship due to a combination of storms and sea creatures. To the west lies an equally treacherous Atlasian Sea, the source of many horror stories starring creatures of the deep.

And so with no drive (and often insufficient means) to explore beyond their boundaries, the kingdoms of Ressaria, and The Ecclesiocracy have long lived in a tentative peace, occasionally warring briefly with each other, but generally accepting the wisdom of maintaining beneficial trade agreements with their neighbors.