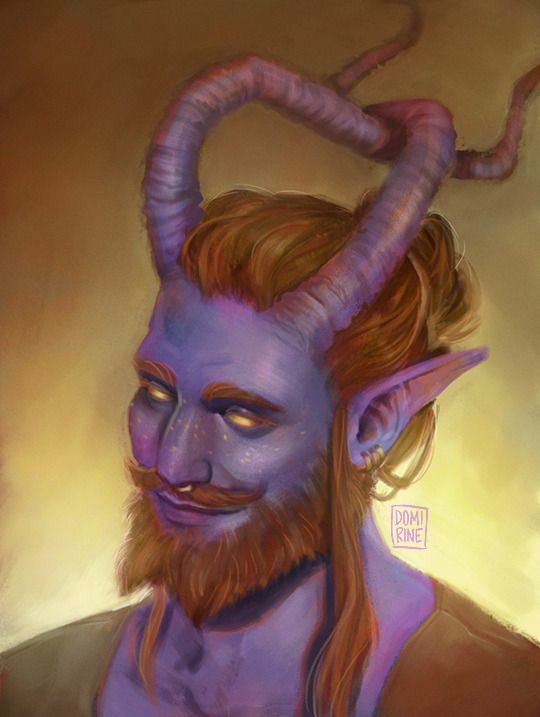 Amir was raised by his parents (a baker named Marcius Pelletier and a fortune-teller named Laila Pelletier) in Ayotha, Vandermane. He was a terrible child, constantly stealing and vandalizing, and bullying and torturing the other children. Despite this, his parents were always very gentle, patient, and loving with him.

Beloved as they are by the community, most victims of Amir's crimes handed him over to his parents rather than involving any authorities. Amir did feel guilty and repentant when he saw the sadness his actions caused his parents. However, this reformation never lasted more than a week.

When Amir was 16, Ayotha was at its wits end and considering imprisonment for the rogue Pelletier son. Then Amir met Hugo.

They met outside of Marcius Pelletier' vending stall while Hugo attempted to steal a loaf of bread. The two troublemakers quickly bonded.

Hugo was a young human man who travelled all over Ayotha, Amir joined them without a word to his parents.

Amir travelled with this group for two years. He became very close to and very smitten with Hugo. Unfortunately, a day came when Amir stole from the wrong man.

He was joyously retreating to the group's hideout with his loot of a beautiful, delicate silver necklace. The man he had stolen it from was silently tailing him.

When they reached the hideout, Amir immediately went to find Hugo to show him the treasure. The man stealthed into the room behind Amir. He swiftly sliced Hugo's neck, and then stood with his hand held out towards Amir.

Dumbfounded, Amir dropped the necklace and knelt next to Hugo's body. He was too shocked to do anything except stare. The man picked up his necklace and left.

Sometime later, Amir regained his senses. He thought of his parents and their consistent, unflinching faith in him. He dragged Hugo's body over 50 miles to Ayotha.

Later, Marcius Pelletier and Laila Pelletier found their runaway son collapsed on their doorstep and clutching a corpse. Hugo, unfortunately, was beyond any help they could provide, and himself and Amir had burned too many bridges and crossed too many lines to garner any sympathy from the people of Ayotha. Hugo would not be saved.

For months, Amir's parents took care of him as he mourned. They never asked any questions, but they listened carefully when Amir discussed his time away and comforted him when he needed.

Shaken to his core by his first love dying in front of him, the unquestioning love of his parents, and the cold indifference of his neighbors, Amir vowed to finally follow the path of light that his parents had paved for him.

No matter how tantalizing the call of his fiendish blood, he would instead draw from the good his parents had instilled in his heart.

In the following years, Amir devoted most of his time to learning the art of healing, protection, and fair battle. In his down time, Amir likes to help Marcius Pelletier in the bakery, or meditate with Laila Pelletier. He slowly healed from the loss of Hugo, though there may always be a bit of sadness in his heart. He became generally accepted as a new man in Ayotha, and the only time his fiendish side comes to life is in the bedroom. He will suppress it in other parts of his life until the day he dies.

As he grew stronger in the healing and protective arts, the divines noticed. They placed a blessing disguised as a curse on Amir, and he lost his ability to speak or understand most languages during battle. In return, they granted him amazing healing prowess.

Goals
Live up to the legacy of kindness his parents passed down to him.
Current: protect and assist the party

Fears
Relapsing into his evil tendencies.
Disappointing his parents.