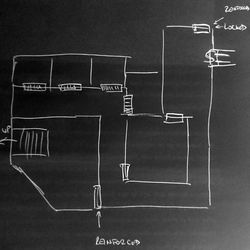 Good man Tarek  rejoined us for this expedition! Once more, we returned to the Bone Keep, now well equipped to bust open those reinforced doors.

Actually, I better draw a rough floor plan, whilst I still remember it... 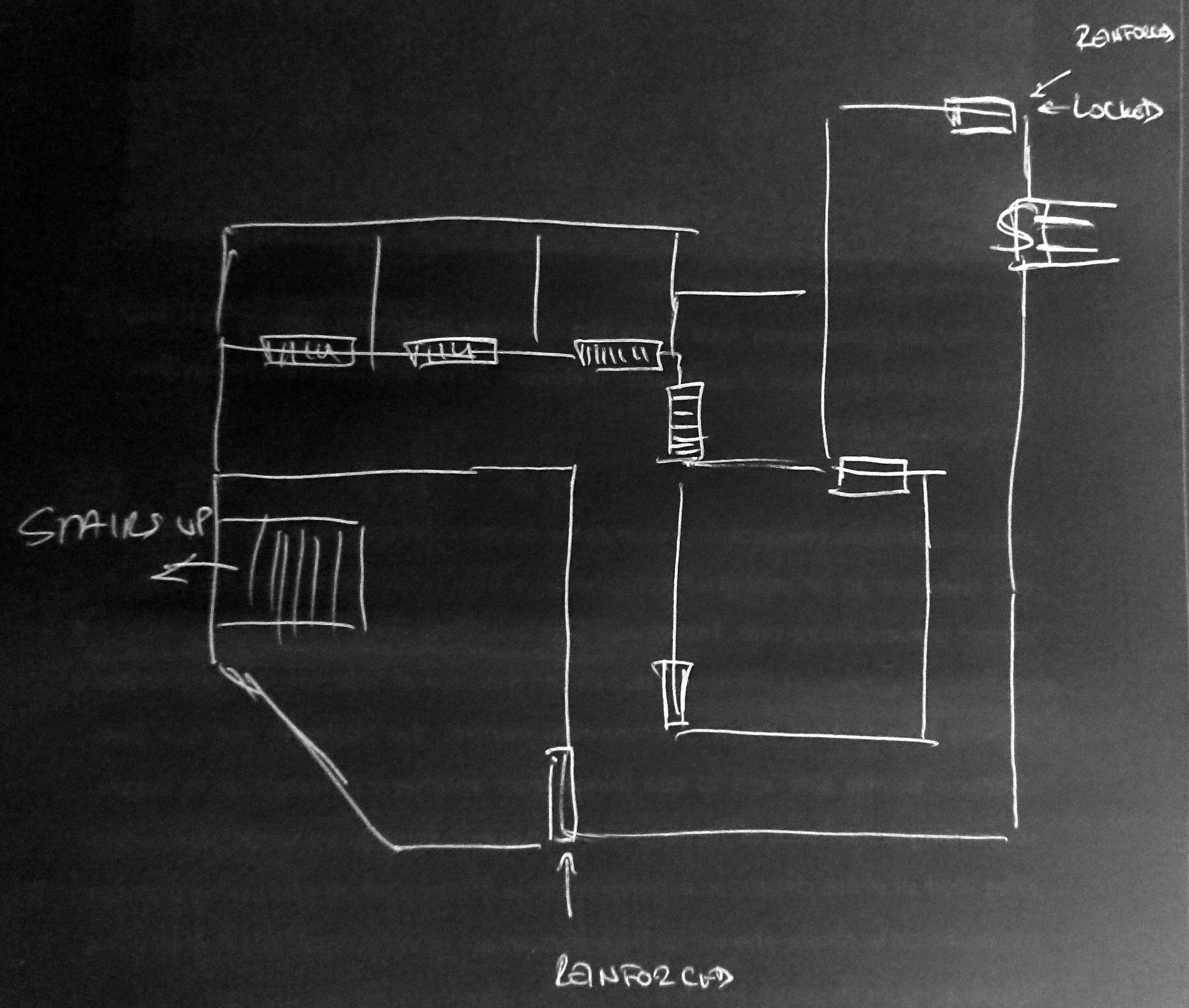 Sometimes locked doors hide treasure, and sometimes they hide emaciated clawed humanoids with ungodly glare in their eye sockets. Unfortunately, in this case it was both. Fortunately, I lived to write this entry.

When we brought down the doors, two things assaulted my senses: immense—thick—dust and repulsive stench of rotting flesh. I've smelt plenty of corpses when I served, but this was nothing alike it.

Their assault was swift, and Tarek quickly went down. Hats and I did not falter, and we blocked the door passageway, forcing them to fight us one by one. I was clawed and bitten, but my old still body seems to be pumping enough adrenaline to see it through.

There were four of these ghoulish creatures in total; and one of them was shouting commands at the others. That one was also much bigger—more muscular and sinewy—than the rest. The big bastard tried to rush us!

We all got sick the moment he got into our faces. That stench was out of this world. My nostrils were burning, my eyes were watery —but my resolve was firm. That poor boy Doric  rushed in to help us. Blessed may be his soul. He got slapped, and collapsed as a sack of potatoes.

As the buff corpse was attacking Hats, I spotted what seemed to be a weak spot in its ribcage. Wasting no time, I smashed it with the edge of my shield—forcing him to bend over in pain—and promptly decapitated him with my axe.

Tarek and Dork did not in fact perish. It turned out they were merely paralysed. We quickly scanned the room, and then hid in the secret passageway until they could move.

What an expedition this was! In total, we recovered 107 gold pieces, 83 platinum pieces, a dwarven plate mail (that ungrateful Hats dropped my plate mail that I had custom fitted for him!), a yellowish potion, and an odd looking shield (which turned out to be magical).

I am lucky to have another tale to share.